I’ll go ahead and say – I love sweets and get too much artificial sweeteners in my diet. My husband will grab a regular Coke, and I’ll do Coke Zero a few days a week. 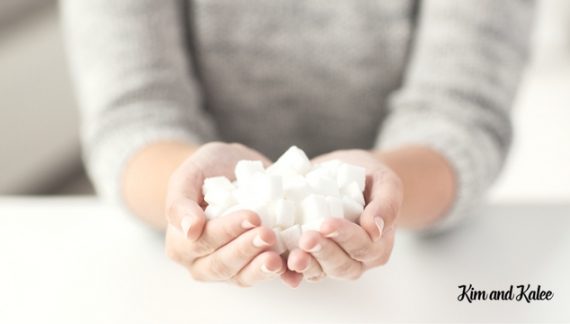 I encouraged him to switch from regular to Zero because of the calories in Coke, but then he’ll bring up how aspartame (the artificial sweetener in Coke Zero) may create holes in my brain. So there is quite a debate between natural sweeteners and other options in our house.

While I haven’t found any evidence on the hole-in-the-brain theory of his, I do know that both artificial and natural sweeteners have been linked to diabetes, inflammation and weight gain among other things. So it’s pretty important to know which type of sugars are the least risky; however, I take the rule of moderation to any of them.

The scary thing is even when we think we’re keeping these sweeteners in moderation, they are lurking in foods and drinks everywhere. Sodas, gums, jellies, fruit juices, and even yogurts contain added sugar.

Products Containing Artificial Sweeteners Can Include:

So the best rule of moderation is to skip anything processed like foods in boxes, cans, or other packaging. It’s better to stick to whole foods like those in the produce and organic meat sections. Then enjoy an occasional processed food or drink.

It’s also important to research and educate ourselves on the risks and benefits of each sweetener. I’m not saying any sweetener has a “health benefit,” but it may provide something another sugar doesn’t like 0 calories or energy.

With that said,  it’s been found that “Americans eat 165 pounds of added sugar each year, and sugar substitutes are on the rise as well, which are hundreds of times sweeter than table sugar.” — Frances Largeman-Roth, RD, author of Feed the Belly and co-author of The Carb Lovers Diet.

What are natural sweeteners?

Sugar substitutes can be confusing to understand. It can be scientific to start with, and then you add in marketing making it impossible to easily know what is actually natural. For example, some companies say their sweeteners are “natural” even though they’re processed or refined; the biggest example of this is the Stevia sweetener which we’ll look at later.

On contrast, some artificial sweeteners are derived from naturally occurring substances — sucralose comes from sugar, for example. Sucralose is also put into a lot of diet-type foods like Quest Bars and protein shakes for example.

What are the “perks” of artificial sweeteners?

As I mentioned above, I love Coke Zero because it’s calorie free. Artificial sweeteners are virtually calorie free and are often more potent than regular sugar so a little goes a long way. They also don’t have an effect of blood sugar because they aren’t a carbohydrate which can be appealing to diabetics. 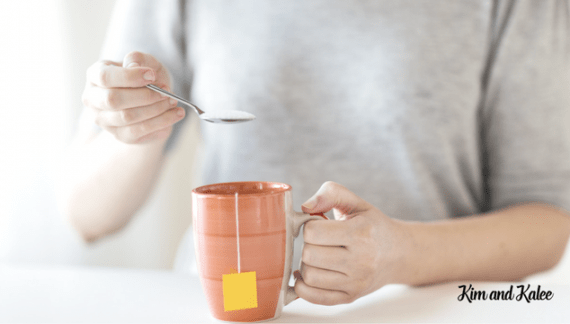 Your Breakdown of Popular Natural and Artificial Sweeteners

Each sweetener will rank on the glycemic index. The index tells us how a food effects your blood sugar (also known as GI). The higher the GI, the worse the sweetener is for your energy and overall health.

My crown jewel of artificial sweeteners – commonly found in diet sodas, drinks, gum, yogurt and cough drops. This is probably the one with the most amount of biased research done by companies selling products that contain it. With that said, the World Health Organization, and the American Dietetic Association say aspartame in moderation poses no threats. This sweetener is artificial so the GI level is 0.

This artificial sweetener comes from sugar and sadly – I found it in a lot of my well-relied upon Quest Bars. It starts out as sugar, but it’s processed by chlorine molecules to make it Sucralose. Due to the processing, the body can’t metabolize or digest it well. It’s risks are still being debated, but it has been linked to cancer in some controversial studies. Stevia would be a better swap than Splenda. This sweetener is artificial so the GI level is 0.

For the most part saccharin is found mostly in medications, like cough syrup, to help the taste. While it may sweeten something, it has been linked to having possible side effects ranging from photosensitivity to some types of cancer.

White sugar a.k.a. sucrose is what we all most used to and is the original sweetener that we compare the “new ones” to. It has a 1:1 ratio of fructose and glucose, and is right in the middle of the GI index at 50.

Brown sugar is basically white sugar with added molasses so the health risks are about the same.

Stevia is a plant from South America that has been consumed for over 1,500 years by the Guaraní people. The plant is much sweeter than sugar so a little goes a long way, and it’s labeled as a safe calorie-free sweetener that can be used by diabetics. The main concern with Stevia is making sure to choose a 100% organic brand. With its popularity growing, many companies are creating knock-offs with added chemicals.

Truvia is often marketed similarly to Stevia; however, it’s not same plant. It’s actually erythritol, a sugar alcohol from corn. Truvia is low in calories and unlike Splenda, it gets absorbed by your gut bacteria. Since the gut is doing the work to absorb it you may experience some lovely side effects though — include diarrhea, cramping, gas and bloating. I tend try to avoid Truvia just to keep the tummy happy.

Honey has some benefits besides just sweetening your Greek yogurt in the morning. It contains antibacterial and antiviral properties, as well as, enzymes, proteins, and other trace minerals. It is 38% fructose and 31% glucose, but studies show it may not raise blood sugar as quickly as others sugar-products. Out of the natural sweeteners, honey is my favorite.

It’s made from refined sap of maple trees. It’s GI index is high, but it’s low in fructose and contains manganese, iron and calcium as well. So while it will spike the blood sugar, it’s okay in a small moderation.

I know – sounds weird right? Coconut? If you can try it, it’s worth at least seeing if you like it. It’s packed with potassium, magnesium and vitamin C. It also is made mostly of sucrose (like white sugar), but it registers lower on the GI scale in the 30-40s.

This stuff is STRONG. It has a distinct flavor and is pretty thick. It comes from the sap of coconut trees, and it contains B Vitamins, Vitamin C, and an probiotic.

The nectar is found from the agave cactus, and it’s similar to honey. It doesn’t contain the as many antioxidants as honey though – which shocked me since it’s usually marketed as such a health-oriented product.

While Agave nectar is low on the glycemic index (15), it’s highly processed. The processing results in it being 75% or higher in fructose which is much more than regular sugar. It will consequently spike your blood pressure.

The kind of scary part….

I don’t mean to sound like a conspiracy theorist or anything, but there is BIG money in the world of sweeteners. Large food and drink corporations will run “independent studies proving” that certain sweeteners are safe. Those same big companies also pay lots of money to the government…who controls the FDA and food regulations. So while studies still don’t show any definite and horrible side effects from sugar, some claim that sweeteners and added sugar will be what nicotine is now to us in 20+ years.

So again, I’ll be limiting all of my sweeteners in moderation and reading my food labels carefully.

Do you use Artificial or Natural Sweeteners Daily?

If so, which ones and why? For me – I love the fizz of a Coke with certain foods.

For me, the easiest way to limit or avoid artificial and natural sweeteners is to eat a whole-foods diet.

I really love the Whole 30 if you’ve never tried it. It is part of an elimination diet, but you can add back in any food after 30 days. It also teaches you the science behind each food group and the effects of sugar in the body.

You can get the book on Amazon for less than $20.

You may also like our 13 hacks to giving up soda!