Have you noticed that the milk section at the grocery store is growing??  It used to be just a variety of cow’s milk.  Then maybe in the ’90’s soy milk got popular.  Now, it seems like every time I go to the store, there’s a new milk.

We now have Rice, Almond, and Coconut Milk!! Which should you drink? We’ll look at the benefits and packaging of coconut milk. 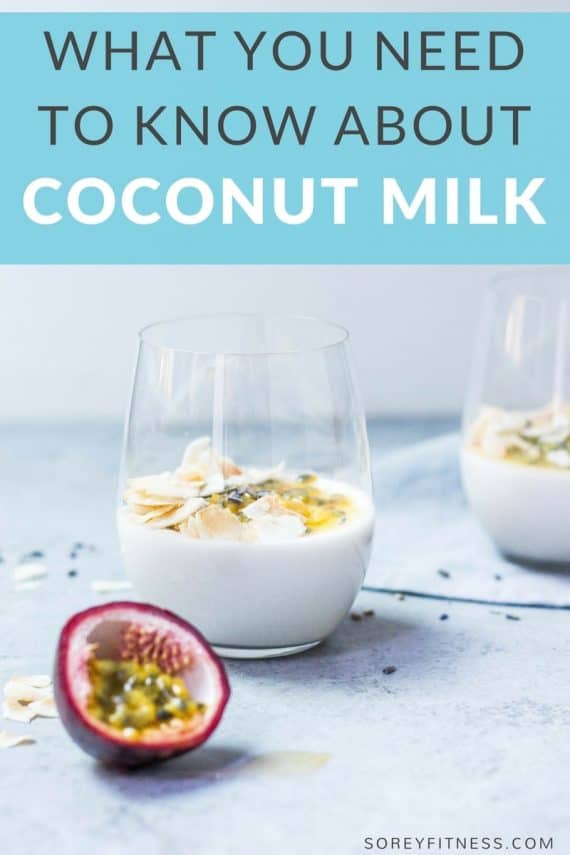 I was feeling a little frisky.  I had tried and enjoy Almond Milk, but I wanted to mix things up a bit, so I went for the Coconut Milk.  It just sounded tropical. So let me tell you about some things I learned in doing my research about the coconut milk that I wanted to try.

First, what is coconut milk vs coconut water??

Coconut milk is the water and the meat of the coconut mashed together and then expressed for the milk.  Coconut water is like you see when someone sticks a straw straight into the coconut and drinks, or cracks a coconut open and drinks it straight. It’s just the water.

Is coconut milk good for you?

Yes, but like all things needs to be in moderation.  Coconut milk is high in a saturated fat, but not all of the saturated fats are the same.  The one in coconut milk is a MCFAs, or medium-chain fatty acids, which metabolize quickly in the liver versus the long-chain fatty acids, which are more likely to end up as fat deposits.
Like most things nowadays, you need to read the label on the can or the carton.  Which brings me to the two containers: can and carton.
There are two containers:  carton — found with the refrigerated pints of milk and can — usually found in the organic or Asian section.

Does it matter what container?

The cartoned coconut milk has been watered down; thus the lower caloric content versus the can version.  A serving from the carton is typically  50 calories per cup whereas the can has about 550 per cup.  The carton also contains things other than coconut milk.  One of which can cause some issues for those that suffer from IBS or other inflammatory problems.  It is Carrageenan.  If you know me, I always say, “if you can’t read the ingredients, don’t eat it.” Well… need I say more? They put it in the milk to help it from separating while it sits on the shelf.  This is an ingredient most of us need to avoid.  So…that immediately put me off of the carton milk.  I don’t need any inflammatory issues.

So now to the can.

The one I went with.  Yes, it’s much higher in calories, but it’s basically just coconut milk.  You do need to still read the labels. Since it’s in a can, it needs to be a BPA free can.  BPA is used to line cans.  A chemical in the BPA can leak into your food and cause you ALL sorts of problems.
Some canned milk also have Guar Gum.  Most people can tolerate Guar Gum.  It is used for thickness and can upset some of those that suffer from IBS.  However, there are some brands that are both BPA free and contain no Guar Gum. Native Forest has just released a new version of its product that doesn’t contain it, and Arroy-D also does not have it.
Coconut Milk is good for you in moderation and provided you avoid a few of the ingredients above, it’s actually good for your digestion =) It’s a healthy choice. It’s high in saturated fatty acids and medium-chain triglycerides (MCT), which are both easily burned as fuel by the body. MCTs are easily digestible. So be responsible and enjoy!!!

Did you know the can was the best choice?

I had no idea until I researched it!
If this helped you, please consider pinning it to your Pinterest!